Seriously. Cakes do not come much better than the delightful creations from the hands of these two preternaturally talented cake-artists. It's going to be difficult to describe the works of Janet Mohapi Banks and Katie Franklin without resorting to hyperbole and excess, but think something along the lines of airy flavours that hint at deep, exotic Madagascan vanilla, the softly spoken tease of marzipan that oozes once the heady chocolateyness has subsided, or banana laced sponge twinned with caramel infused chocolate. Wedding cakes are your one chance to be flamboyant, to indulge and have a cake that is so achingly pretty you almost daren't eat it (but heck, you're going to anyway). I cannot recommend these lovely one-woman-band talents enough - makers of luxurious cakes that are almost enough of an excuse to marry for alone.

As sweet as her cakes, Janet is one of our newest discoveries at Quintessentially Weddings: the dense chocolate and almond miniature wedding cake encased in the most perfectly horizontal icing we've ever seen (piped with droplet swags) rendered the whole wedding planning team speechless - no mean feat. Working from her Surrey cake atelier, she is the favoured supplier of the Dorchester, The Ritz, The May Fair Hotel, Syon Park and the Connaught no less which speaks volumes about her chic and scrumptious cakes. Every cake is entirely bespoke, a word I usually dread as too readily commandeered by marketing types, but which is very apt here with each cake handmade by Janet herself and tweaked to perfection to incorporate your favourite flavours.
Janetmohapibanks.com 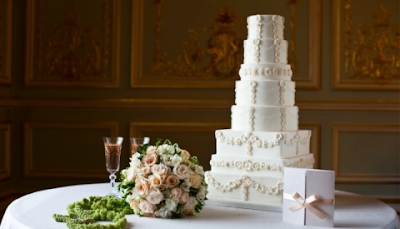 With her pleasingly English affection for the lightly bonkers, Katie Franklin of Pomp de Franc is one of the most creative and whimsical cake-makers out there. When she's not crafting giant gingerbread houses for the likes of Mulberry, Vogue, Stella McCartney, Lanvin or Lily Cooper (formerly Allen), she can lend her hands to gorgeous, candy-coloured cupcakes topped with botanical forms, edible glitter and chocolate turrets and towers of luscious chocolate cake or layered rainbow coloured sponge which make for novel and unique wedding cakes.
Pompdefranc.tumblr.com 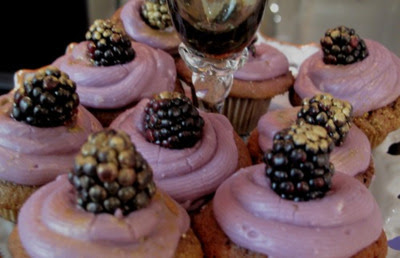 Janetmohapibanks.com
Posted by Quintessentially Bride at 18:46

Quintessentially Bride
London, London, United Kingdom
What started as a blog chronicling resident bride Sophie McCorry Day's journey down the aisle in fall 2012 has grown into a veritable obsession. Founded as a resource featuring insider news, lashings of inspiration, new trends, real weddings, moodboards and more it is now home to everything there is to love about weddings in the hope that it just might help real brides find their planning feet and fall in love all over again with the idea of getting wed.